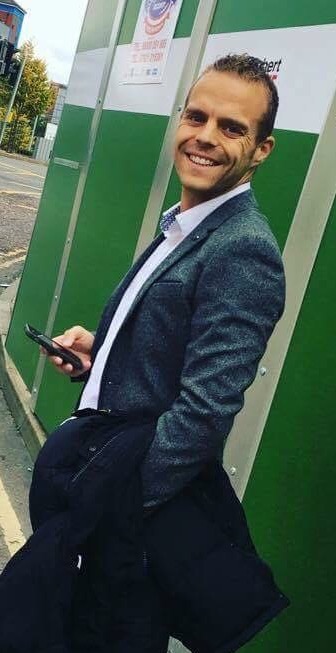 1)  Give us a bit of background on yourself… (sporting career, qualifications, coaching experience)
Well it probably wasn’t your usual route into S&C/research/exercise physiology. I worked in a gym at 18, but the joined the Army, where I served with a number of units, until I left in 2010. At that point, I knew that I wanted to work in S&C, so I attended Teesside University from 2011-2014, doing my undergrad degree and MSc there, whilst also working in a gym as a personal trainer. I was also fortunate enough to get an internship at Castleford Tigers during the third year of my undergrad degree. This was the direction that I wanted to go in, as I had been involved in playing rugby league (never at a great standard mind!) since I was about 8.

Off the back of that role, when I started my MSc, I managed to get a role as the Strength and Conditioning coach at Hunslet Hawks RLFC. They were newly promoted into the Championship (the league below Super League) and that gave me such a vast range of experiences, from implementing and conducting pre-season and in-season testing, designing and programming the strength and conditioning plan and exposure to some elite level coaches. I also learned a lot from working with part time athletes, who have to balance their work patterns with recovery post-match and through the training week, which was not without its challenges, but it was something that I hugely enjoyed.
Alongside this, I also worked as a clinical health and wellbeing physiologist, which was an interesting experience, coming from a military and sporting background, but one that allowed me to build on my interpersonal skills and further develop my theoretical knowledge around human physiology.
Since then, however, I have focused upon my research through my PhD and lecturing in the Sport Science department.
2) What has been your biggest influence in your practice?
The biggest influences have probably been the coaches that
I have worked with and around – they have been great for my development, not just as a coach/practitioner, but as a person as well. Observing and learning from them, how the interact and apply regression/progression/coaching points have given me many more tools than I previously had.
3)  What is your particular area of interest in sport?
My main areas of interest are pretty diverse – during my MSc, I did a lot of work research and applying Tim Gabbett’s work around Repeated High Intensity Efforts, which for those that aren’t familiar with the demands of both codes of rugby, involve frequent collisions, high speed running and maximal accelerations. These are reflective of ‘worst case scenarios’ and are complex in nature and they appear to occur during important passages of matches, with suggestions that fatigue developed during these high intensity efforts may be involved, with a reduced ability to carry out defensive skill or breakdown in communication leading to the conceding of a try. So developing that aspect of performance in rugby league has been a huge interest to me.
Since then, having begun my PhD, where I am quantifying the individual response to exercise, I have become deeply interested in both the subject matter around that topic, and also the data analysis skills required to successfully quantify it.
4)  How do you think this particular area applies to youth athletes?
When we further develop & disseminate the correct methodology for quantifying inter-individual responses, it should hopefully be applicable to all population groups. It may, however, help us to identify if age is a moderating factor in any interventions we put in place.
5)  What is the best piece of advice you’ve received as an athlete or coach?
‘They don’t care how much you know until they know how much you care’ – Ron McKeefrey. I cannot overemphasize how important creating relationships with the athletes you work with is. Getting that buy-in to a programme, or implementing new ideas is impossible without first creating the relationship and environment that allows that to flourish.
6)  What advice would you give to coaches working with youth athletes?
Remember that you can potentially be one of the biggest contributors to their future success and development….but prioritize the fact that they are kids and people foremost!
7)  Can you recommend any particular resources for personal development?
For rugby-based stuff, I would definitely recommend rugbystrengthcoach.com. Kiers stuff is very good – he is an elite level practitioner, but has such a critical mind and a grasp of that works with his athletes. That’s a priceless skill!. Otherwise, much of Rhodri Lloyd’s work in youth S&C is also very good.
8) Where can people find out more about you and your work?
Anyone can email me at p.williamson@tees.ac.uk or I am on Twitter @philw80
Are you a grassroots youth sport coach or PE teacher who wants to improve the athleticism of your athletes?? Check out our Fundamental series athletic development programs here.