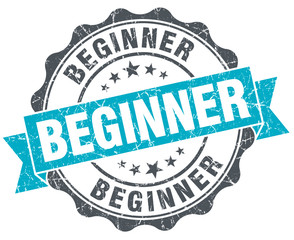 I recently decided to become a beginner again. I found the whole process daunting, intimidating but exciting! But here’s why I think it was beneficial overall!

So I’ve been working in Rugby Union for about a year now. But I don’t come from a Rugby Union background. Growing up in Perth, Western Australia before the age of the Western Force (RIP), Rugby Union did not really feature on my sporting radar. Australian Rules Football (AFL) and Cricket were the big sports on TV and of course we got the Rugby League State of Origin on TV, but growing up I literally only knew 2-3 people who played Rugby Union…like ever…
So fast forward 15 years and I find myself working in a sport with which I have no direct background. I played a little bit of Rugby League at Uni in order to upskill myself during work experience with the Harlequins RL (now London Broncos) but that was it between both codes of rugby. My primary sport was soccer for around 13 years, before dabbling in Muay Thai, Olympic Lifting and Strongman. Now obviously within Strength & Conditioning, we have a skillset of analysing movement and sporting performance, so I have an understanding of the demands of the sport, but I don’t have the intrinsic experience of the game/training as a whole. One of the particular elements I was intrigued to experience was the “contact” component – particularly how it feels to take part in a contact session and then still have to complete strength/speed sessions. Basically I wanted to have empathy with what my players were undergoing…


So I decided to become a beginner again. This time in Brazilian Jui-Jitsu. Rugby wasn’t practical as I’m coaching most nights of the week when rugby clubs train! Now this might seem a bit left field to Rugby, but the idea came to me during a pre-season block this year. We were incorporating lots of grappling/wrestling work with the players and I realised that there were a lot of similarities (but not the same) to the contact elements in the grappling sports. I also know that a lot of other rugby teams have used wrestling/grappling in the past. I realised taking up BJJ would help give me a better understanding of what it feels like to have that contact element combined with my own strength sessions – something my own players would be feeling. What I didn’t realise was that it would give me great insight into also what my novice trainees may feel!
So, I took myself down to Rick Young’s Blackbelt Academy. To be brutally frank and honest, I felt completely out of my depth. As I walked up the stairs for my first class I literally had no idea what to expect, other than I was definitely going to get choked out and arm-barred! I was totally out of my comfort zone – would the warm up be loads of crazy stuff I’d seen online, would others just be on the hunt to choke out a newbie? I was a bit intimidated, there were loads of guys who looked like they knew what they were doing and I had no idea. After borrowing a Gi and getting changed, I realised I didn’t even know how to tie the belt properly! (Turns out there are tutorials on Youtube!) After tying some hideous knot, I entered the training room, copying the others as they bowed.

Rick was a great teacher and had a great manner welcoming new guys. He checked whether we had any previous martial arts experience. He was patient and explained things really effectively, giving us plenty of time to practice and drill basics. He made sure that we didn’t roll/spar with anyone for our first few weeks, segregating us from the others during sparring to work on technique. He also reinforced taking things slowly as actually a beginner with no idea of speed/force could actually be the guy that injures another! He also openly asked if there were any questions after demos. The other guys were cool too, actually coaching me through some of the moves as I got lost performing it on them. After a few weeks, I got involved in rolling and sparring with the other guys. Turns out I love BJJ and have been getting down there twice a week since…I’ve even learned how to tie a belt properly at last!
It has been really interesting being a beginner again. Experiencing the vacant thoughts when you have no idea what to expect, the confusion when something appears to be really quick even when it’s demonstrated super slow, as well practicing hard on the trial and error of having to refine motor patterns which are completely novel. It’s also opened my eyes to some new realms/perspectives on S&C. But most of all, it made me remember what it feels like to be a complete beginner again, which was pretty useful!
So some reflections on my experience of being a beginner again:

Finally – What aspects of your athletes training are you so distant from that you may have forgotten, not be empathetic with, or understand? How can you/should you try to experience even a microdose of what they experience?
Are you a youth sport coach or PE teacher who wants to improve the athleticism of your athletes? Check out our Fundamental series programs here.
For more content like this, follow us on Facebook.