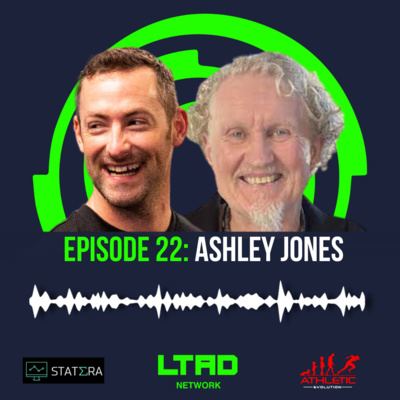 Ashley Jones is a rugby strength and conditioning coach who has worked at the highest levels of the game for the last 30 years across 4 continents. He was involved with the physical preparation of the Crusaders (Super XV competition), New Zealand All Blacks, Australian Wallabies, Panasonic Rugby in Japan, Edinburgh Rugby in Scotland and the Samoan Rugby Union, prior to joining the Houston Saber cats. He was awarded the NSCA’s Professional Coach of the Year in 2016. Ashley holds his CSCS (Certified Strength and Conditioning Specialist) since 1988. He is also a columnist at www.elitefts.com and is a sought after speaker and writer for organisations around the world.

In this episode Ashley discusses:

Get your discounted early bird ticket to LTAD Network Conference here! The 2022 Conference runs from 9-10th July at Hartpury University with a selection of world class speakers! Don’t miss out! Get more details and secure your place here!