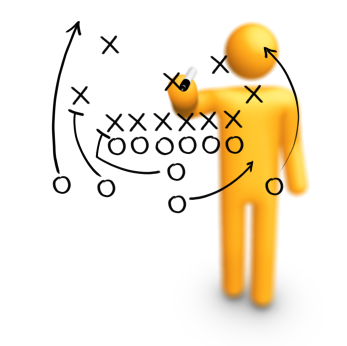 One thing that really annoys me in the youth development level of sport is a coach who is focused primarily on results. I’ve written a previous post about why youth level results are pretty much a waste of time here.
But in short performance results at youth level are a false economy. This is largely because for some reason Coaches, Officials and parents get fooled into thinking they have some sort of predictive value. On the most part they don’t. However they do have some other potential consequences:

Ultimately, this battle comes down to the philosophy being instilled in the individual/team. This is largely down to the coach, but officials, parents and the athletes themselves also have a large part to play.
In simplest terms this comes down to a decision between emphasizing the destination (eg. winning a match/league/cup) or emphasizing the journey (the processes that need to happen to reach a high level of performance. You often see this happen in goal setting exercises.

“Destination” or outcome goals
A “destination” goal focusses on the outcome of a performance. For example, a  coach/athlete sets goal, such as winning the match or the league title. This tells us “What” the aim of the performance is. Imagine you are sat in your car and your partner has given you the final destination you need to arrive at. Great, you know where the end goal is, but you have no idea how to get there. In identifying the desired outcome, they’ve set a destination in place, but haven’t planned out the journey. Essentially, we establish the what we want to achieve, but haven’t even started to establish how this can be achieved. Unfortunately this is how many coaches operate and how they judge the success or failure of the team. A win = success, a loss = failure. Can you see how organizing some process based goals might result in a higher level of individual/team performance and may enhance the likelihood of success? You also have a better way of evaluating any performance whether a win or loss. Did we achieve our goals?
Legendary UCLA Basketball Coach John Wooden said…
“People shouldn’t be able to tell from your actions whether or not you were outscored by your opponent. You should always do your best, and in this way you can win even if you have been outscored in a game. You can also lose, even if you outscore your opponent, if you haven’t given your best. Only YOU know whether you have been successful, because only YOU know if you have given your best” 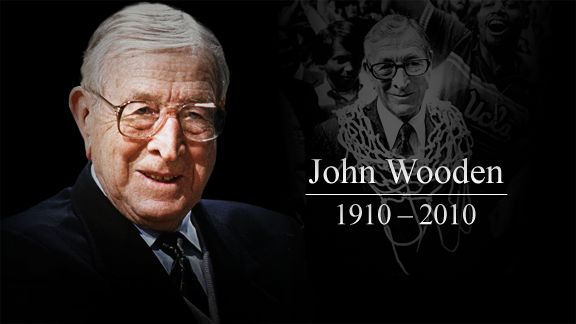 A likely byproduct
In my opinion success is a byproduct of doing the right things consistently. As such, success isn’t a great primary focus as it cause distraction from doing the very things that will make you successful! If you can consistently perform the component tasks required to the highest level attainable, then the byproduct is you will be as successful as possible with the skillset available.  If your opponents manage to do this to a higher standard than you – then you have been outclassed. Think about it. In terms of rugby, if you can:

Doesn’t it stand to reason that it’s highly likely that you will have a high standard of play? Won’t success eventually come as a byproduct if you can do these things to a high standard consistently? Can you see how “winning” is not a very specific, yet breaking this down into the components required for high performance, maps out the route?
Control the controllables
We often like to think we can have a large influence on what our opponents do. Really this influence is pretty minimal. Yes we can perhaps have some psychological influence pre match (Think Sir Alex Ferguson or the “Haka”), we can maybe influence options/strategies by closing down space or passing options. But realistically, our best strategy is to control the components of our own performance. Control your own preparation, your level of effort and intensity, how you respond to challenges, how you communicate as a team, how you analyse defeat, how you stay grounded after victory, control how well you complete the individual components of performance. Focus on controlling the controllables.

Fictional boxer Rocky Balboa was a pretty good example of this. He may not have had the best resources but he controlled his own controllables – training, effort, intensity. Hence his famous training montages!
“One of the things that distinguished Wooden was his lack of concern for what his opponents were doing. He rarely scouted other teams, instead choosing to focus his attention on ensuring that his players were prepared to be the best they could be, saying, “We had no control over the many possible variations an opponent might use in a game. We did have control, total control, over preparing to execute our game. To me, it made more sense to concentrate on that.” He stressed that success is not winning, necessarily, but playing to the best of your ability, regardless of the outcome” – Stack.com
I hope this post has given some insights into the differences between outcome and process focused coaching. In Part 2 I hope to take these ideas and apply them into the a more specific domain – the physical preparation of youth athletes…
As always if you enjoyed this post, please share, comment and like as you see fit! You can like us on Facebook.
Are you a grassroots youth sport coach or PE teacher who wants to improve the athleticism of your athletes?? Check out our Fundamental series athletic development programs here.